The Benefits Of The Dried Ginger Chips

We all know that ginger products not only can be used as a seasoning, but also have important medicinal value. But how much do you know about the benefits of dried ginger? 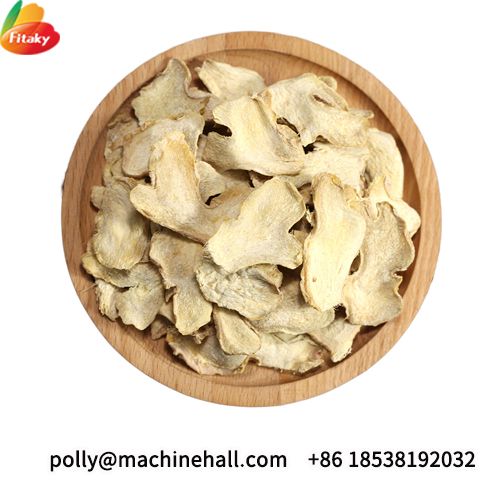 To sum up, the benefits of dried ginger chips mainly include the following five points:

Dried ginger chips promote weight loss by improving digestion, which helps burn stored fat and process glucose in the blood. It also speeds up metabolism and controls fat absorption due to its thermogenic properties. Another benefit of dried ginger is its ability to suppress hunger and overeating.

Ginger is also effective in reducing nausea and morning sickness in pregnant women. Consuming half a teaspoon of dried ginger powder mixed with honey and warm water can provide quick relief for those suffering from these symptoms.

Dried ginger chips are an excellent natural remedy for controlling high blood sugar in the body. A person can consume up to two grams of ground ginger with a pinch of salt in warm water. It is better to take it in the morning on an empty stomach.

Dried ginger chips mixed with salt also helps reduce inflammation in the body, especially swollen joints and fingers. It has also been shown to relieve inflammation caused by injury.

Please feel free to submit your inquiry with the form below. We will reply you within 24 hours.